Since New Zealand drifted away from the super-continent, a unique flora and fauna has evolved, leaving a land full of interesting plants and creatures.

Before humans settled in New Zealand, it would have been an extremely noisy place! Large tracts of lush native bush supported an incredible variety of bird life. As they evolved, wings became unnecessary for some birds, as they had no natural predators to fly away from. As a result, several of New Zealand’s native birds became flightless, including the kakapo parrot, the kiwi, the takahe, and the world’s largest bird, the (now extinct) moa.

As Maori and Europeans settled New Zealand, they hunted birds and brought predators including rats and stoats. This, and loss of habitat, led to the extinction of a number of birds including the moa and huia.

New Zealand’s national symbol is a nocturnal flightless bird with nostrils on the end of its large beak. The kiwi is now endangered, and difficult to see in the wild. However there are a number of ‘kiwi houses’ at zoos and wildlife parks. While they may look cute, kiwi can be fierce and highly territorial.

These are some other well-known New Zealand native birds:

New Zealand has abundant and diverse marine life, and whale watching and swimming with dolphins are two of our most highly recommended experiences. The small Hector’s dolphin is the world’s rarest dolphin and only found in New Zealand waters. Seals, penguins and a whole host of fish and shellfish also thrive in New Zealand’s fertile marine environment.

Over 20 percent of New Zealand is covered in national parks, forest areas and reserves – and these are the best places to observe our native flora and fauna. Our mainland also has two World Heritage Areas – Tongariro in the Central North Island and Te Wahipounamu in the south-west of the South Island.

Our 14 national parks contain an incredible variety of unspoiled landscape and vegetation. Administered and maintained by the Department of Conservation, these parks provide opportunity for a wide variety of activities including hiking, mountain biking, skiing and snowboarding, kayaking and trout fishing. 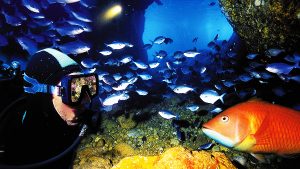 For a look at native sea creatures, visit one of New Zealand’s 34 marine reserves. A strict no-take policy operates in these areas, which means no fishing or gathering seafood. These underwater wonderlands, which include the world-renowned Poor Knights Islands, are best enjoyed on boat cruises and diving or snorkelling trips. 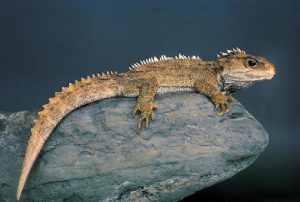 The tuatara is a unique relic of the past – the only beak-headed reptile left in the world. Every species of this reptile family, except the tuatara, died out around 65 million years ago. Tuatara can live for over 100 years, and are only found on protected offshore islands. Tuatara are not a threat to humans.

You’ll be awed by the New Zealand’s majestic evergreen native forests that include rimu, totara, many varieties of beech, and the largest native tree of them all, the giant kauri. Underneath the trees you’ll find a dense and luxurious undergrowth including countless native shrubs, a variety of ferns, and many mosses and lichens.

The yellow flowers of the kowhai tree are some of the prettiest you’ll ever see, and if you visit the North Island, you won’t be far from the beautiful pohutukawa tree. Its bright red flowers bloom in December, giving it the title of New Zealand’s Christmas tree.